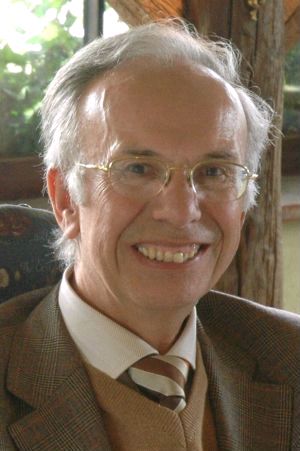 I was born in the beautiful city of Bruges. I studied Latin and Greek in the "St Lodewijkscollege", which at that time was in the centre of the city, on the place of the actual "Zilverpand". I was also a member of the boy scout group "Graalridders" (Knights of the Holy Grail). The first 4 years of college we were not allowed to show up in uniform in the college. But it happened often that we had to go from a boy scouts meeting directly to the college. Then, in front of the college gate, we took of our scouting scarf and put on a normal tie. So we were no longer in uniform, but everybody could see by the color of our shirt that we came directly from a scouts meeting. So we felt a bit like selected members of a secret organisation.

Studied physics at the university of Leuven, with a specialisation in nuclear physics. Worked one year at the Belgian nuclear research centre (S.C.K.) in Mol as a bursar of the I.W.O.N.L. (Institute for Scientific Research in Industry and Agriculture) in the section on neutron physics.

Came back to the Katholieke Universiteit Leuven as "monitor" (tutor) for the first year engineer students, more specifically for the subject of mechanics.

Last position was associate professor at the Faculty of Engineering of the Katholieke Universiteit Leuven. Retired since October 1, 2001. In 2004 the "Faculteit Toegepaste Wetenschappen" became "Faculteit Ingenieurswetenschappen".

Married with Simone Meykens, child therapist, and father of Bruno, Mark and Liesbet.

This home page gives a list of some of the professional activities which filled my live up to now.

In the context of my work for the first & second year engineering students I made some CAI programs (on relative motion, the law of Newton, rotating objects) and some texts (on reduction of force systems, dynamic equilibrium and virtual work). Recently I added a text on the evolution of putting spokes in bicycle and motorcycle wheels and I contributed some articles to the Dutch Wikipedia. See the page on mechanics. There you may also find a Quicktime movie of an amazing experiment with rotating objects.

Animation of a pendulum with the velocity and acceleration vectors
I made it from 49 screenshots of the simulation program 'Interactive Physics'. I uploaded it to Wikimedia Commons and from there it has been copied or referenced all over the world. Google on 'pendulum_animation.gif'.

Further development and implementation on IBM mainframe of the IPS authoring language created by prof. S.K. Lower, Simon Fraser University, Burnaby BC, Canada (1979-1983) in collaboration with the author.

Member of the working group 6 on "Integration of Informatics in all disciplines" of the commission on "Informatics and Education" started by Mr. Coens, minister of education (1986-1987). Invited member of the group 3 after the reorganisation in 1987. (1987-1989)

Member of the steering group of the DIDACTEL project. This project, started by the Bank Brussel-Lambert and Philips was aimed at the realisation of an on-line database of descriptions of educational programs. It consisted of a Dutch and a French part. I co-ordinated the input for the Dutch part, took care of the final quality control and automated the publishing of the printed version. Unfortunately, the project was ahead of its time and was stopped because of the low number of consultations, caused by the low number of modems (1987-1991)

Member of the international People-to-People delegation to China on informatics education and the use of informatics in education. (12 May -2 June 1987. Dr. Robert M. Aiken, delegation leader; Dr. A. Joseph Turner, Jr., co-leader). Spoke on "A comparative study of programming languages for secondary education" in the Science Hall in Shanghai, 25 May 1987.

Invited member of the commission on "Educational use of Computers" of the university (president: prof. J. Lowyck) 1991-1994.

After being retired I joined SCV, "Senior Consultants Vlaanderen", a volunteer organisation for consultancy (2002 - 2018).

Web pages maintained by me

I started quit early (1994) with a list of international links for education, entitled "Schools on Internet" on the web server of the university. I received twice a mail from some people who said that they found these pages very interesting as a start for teachers. From this international page one could go to a page on the situation in Belgium. As search engines have made an immense progress, the utility of this kind of survey pages is greatly reduced. Being retired these pages were rarely updated. So I decided to let them be removed in the beginning of 2007.

I was the first system manager for the network of my own section, the "Kandidatuurcentrum", and installed later on its first website (on a local Linux PC). I was the webmaster from 1996 till 2001 and I maintained more specifically the pages for mechanics. In 2004 the section was renamed to "monitoraat Ingenieurswetenschappen" and is actually called "Dienst Studentenbegeleiding Ingenieurswetenschappen" .

I maintained the pages of the Belgian Federation of Informatics Associations until 2008.

I also developed the first website for SCV, "Senior Consultants Vlaanderen" (2002) and was the webmaster until end 2017.

I also act(ed) as technical person for the websites of some other non-profit organisations. 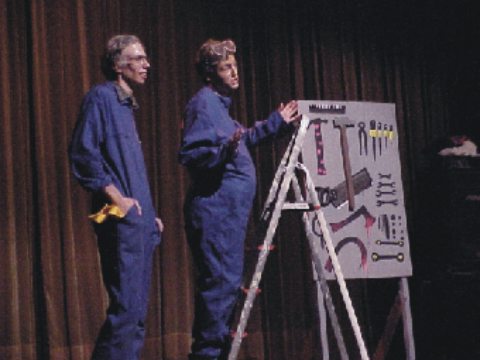 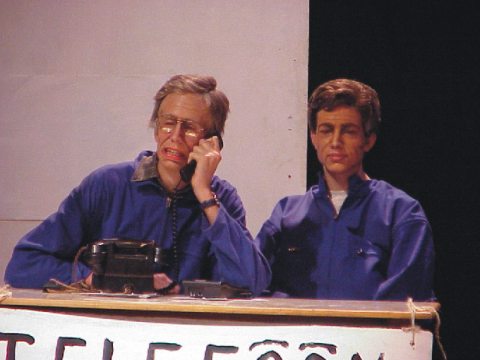 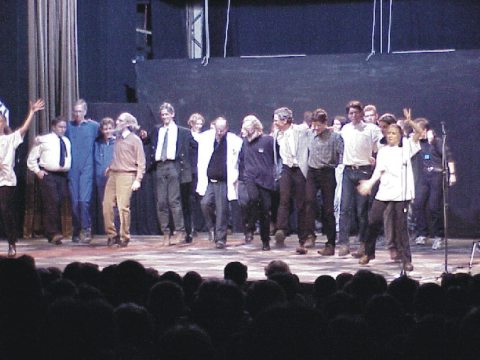 How to reach me

If you are interested in reaching me, you can do so by my e-mail address .